In this page, I would like to introduce ‘Sukiya’ in Japan.

You may get knowledge of ‘Sukiya’ in Japan, as well as Japanese have, after reading of this article. Have fun ! 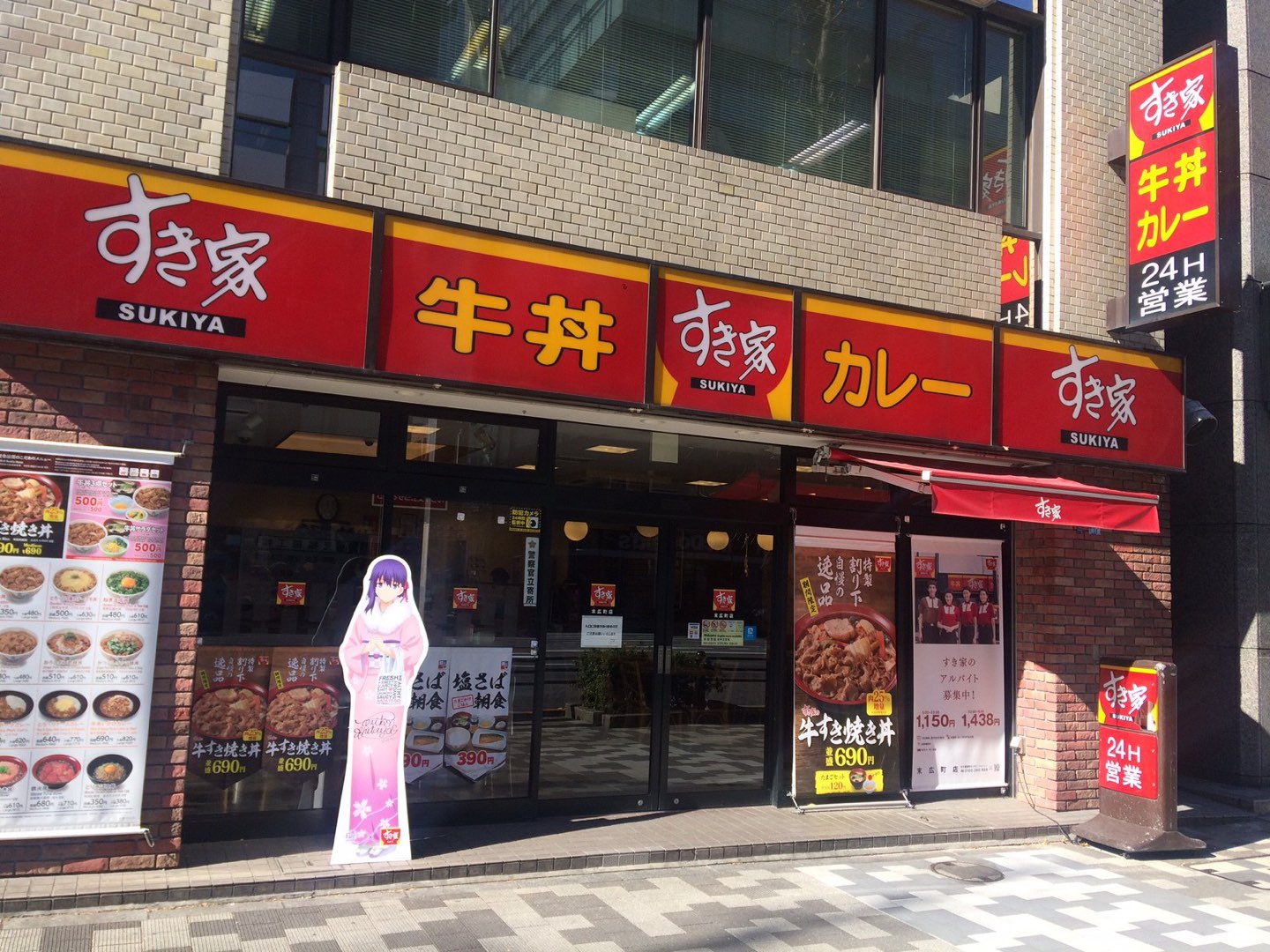 ‘Sukiya’ is very famous and the largest Gyudon restaurant chain in Japan. ‘Gyudon’ is very popular Japanese cuisine, beef and onions on rice in the bowl. We can take ‘Gyudon’ both on the table and taking out, with very reasonable price at ‘Sukiya’. Dark red signboard is a trademark of ‘Sukiya’.

The first ‘Sukiya’ was opened in Yokohama in 1982. From 1990’s to 2000’s, ‘Sukiya’ was significantly developed. Especially, after the registration of stock market , growth was escalated. In 2008, number of restaurants was getting more than Yoshinoya and number 1 in Japan. As of 2020, there are 1946 of ‘Sukiya’ in Japan.

‘Sukiya’ provides various menu in their restaurants, not only ‘Gyudon’, but also other meals like, curry rice, salads, pork, salmon, tunas, etc. There are also morning menu in ‘Sukiya’. As in most of ‘Sukiya’, there are tables with multiple seats, while other Gyudon restaurant have mainly with counter seats. We can enjoy meals in ‘Sukiya’ with variety of meals, with friends, family, etc.

I often go ‘Sukiya’ with my family

What is ‘Sukiya’ in Japan

Sukiya is the nearest Gyudon restaurant to my house. I often go there to have Gyudon and other menus. Compare with other Gyudon restaurant, there are variety of menus. So it’s helpful for my family, when there’s small conflict what we could have in lunch time.

Let's get knowledge of 'MATSUYA' as very popular Gyudon shop in Japan, with guidance by Japanese web master !

Let's get knowledge of 'IPPUDO' as popular Ramen shop in Japan, with guidance by Japanese web master !

What is Coco-Ichibanya ? | Commentary by Japanese webmaster | Common in Japan #51

Let's get knowledge of 'Coco-Ichibanya' as popular curry restaurant in Japan, with guidance by Japanese web master !

What is Yoshinoya ? | Commentary by Japanese webmaster | Common in Japan #19