This page consists of …
This page is to help the people :

I heard that April is very special for Japanese.

No problem, I would like to introduce what Japanese do in April !

Japanese school year is starting in April. In beginning of April, there’s an event to enter the educational institutions, schools, universities. It’s called ‘Nyugaku Shiki’ in Japan. There are happy and fresh atmosphere all over Japan in this season.

Bits of knowledge about ‘Nyugaku Shiki’

School life is generally starting in April, in Japan. 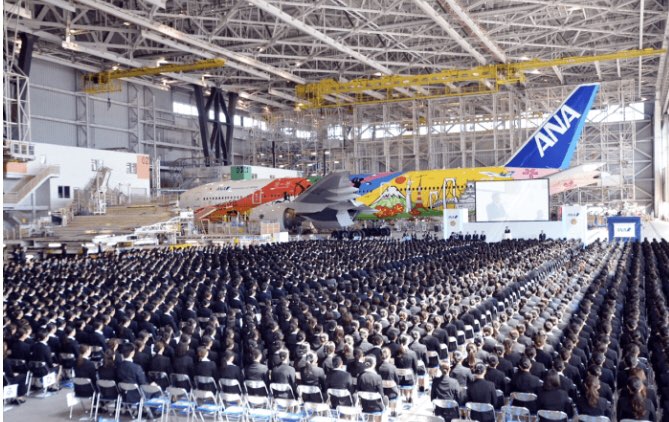 April is the month of starting fiscal year for the Japanese government, company, and any other organizations. In Japanese social system, people generally start to work in April, after graduation in March. So April is month of starting, in Japan.

Bits of knowledge about ‘Shin Nendo’

People start to work in April in Japan !

April is the best season to see ‘Sakura (cherry blossom)’. Flowers of Sakura is opening in end of March or beginning of April, then approximately one week later, it becomes full blossom. In day and night, people enjoy Sakura in this season.

Bits of knowledge about ‘Sakura blossom’

Sakura is special flower in Japan !

‘Showa no Hi’ is 29th. April, as national holiday in Japan, as Memorial Day for ‘Showa’ era (1926-1989). This day was originally birthday of emperor in Showa era, ‘Hirohito’. This day is in beginning of holiday season, called ‘Golden Week’.

Bits of knowledge about ‘Showa no Hi’

I was born in Showa !

1st of April is the day of ‘April fool’ in Japan, too. This custom is well known in Japan. Some companies, influencers tweet some fake comments with humor in this day.

In small society, People is also allowed to tell a humorous li in this day. However, we need to pay attention. Because needless to say, people don’t like telling a lie, fake comment, generally.

5 events in April in Japan

I hope you could find something new about Japanese life in April. If you have a opportunity to come to Japan in this month, please carefully observe Japanese people. I believe you can find the facts in line with the article.

[Top 5] Japanese events in August / What Japanese do in August