This page consists of …
This page is to help the people :

I want to know what’s happened in Japan.

No problem, I would like to introduce what we see in Japan in December !

’Oseibo’ is very traditional custom in Japan. In December, people give gift with appreciation in a year, to person to be indebted, like parents, business partners, etc. Drinks, Foods, Gift Certificates, are popular as a gift for ‘Oseibo’.

Bits of knowledge about ‘Oseibo’

Oseibo is greeting in end of the year !

’Toji’ is in English, winter solstice. Daytime is short, it’s less than 10 hours in this season in most of parts in Japan. There are some customs in Japan, which Japanese do in winter solstice, eating pumpkin, taking citron floating bath, etc.

Bits of knowledge about ‘Tojii’

Yusu-yu is really nice to get hot and it smell nice !

Kotoshi no Kanji (Kanji of the year) 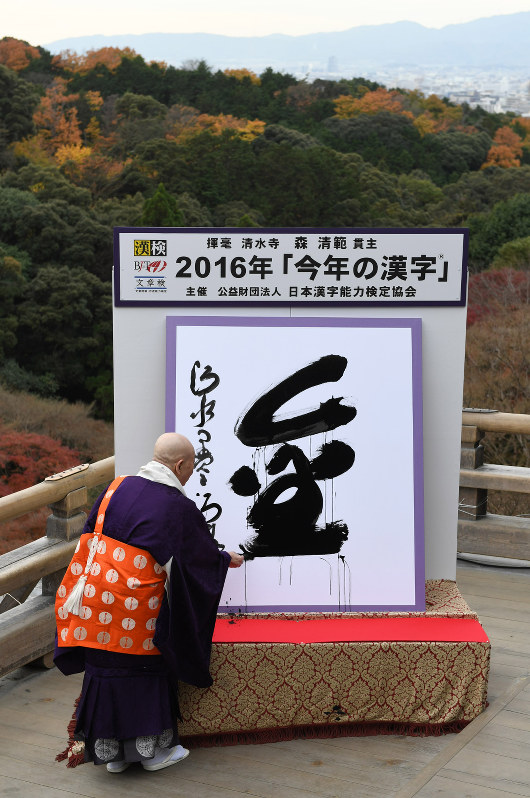 In middle of December, ‘Kotoshi no Kanji’ is selected by the Japan Kanji Aptitude Testing Foundation. One letter of Kanji is selected every year. As each of Kanji has own meaning, it is selected with consideration what happen in the year.

For example, in 2016, ‘金’ is selected. The letter has meaning of ‘Gold’. As Japan got lot of gold medals in Olympic Game of Rio De Janeiro, this letter became ‘Kotoshi no Kanji’.

Hope positive Kanji will be selected every year !

Christmas is not a national holiday, however, it’s very popular in Japan. A lot of Christmas decorations in the city, while it’s less religious compare with Christian countries. People enjoy the day with family, friends, and partners.

Bits of knowledge about ‘Christmas’

There’s Christmas in Japan, but different from western countries.

’Omisoka’ is the last day of the year, 31st. December. Most of offices in government, private companies are closed, to prepare for new year day.

Bits of knowledge about ‘Ohmisoka’

It’s good to be with family in Omisoka !

5 major events in December in Japan

I hope you could find something new about Japanese life in December . If you have a opportunity to come to Japan in this month, please carefully observe Japanese people. I believe you can find the facts in line with the article.

What is Times ? | Commentary by Japanese webmaster | Common in Japan #31

Times is most famous brand of car parking in Japan. This page is to explain briefly about ‘Times’.

Japanese blog writer introduce the best 6 Japanese Animated Cartoons. All of products are quite well known in Japan !

Golden Week is one of very important event in Japan. In this page, I would like to explain briefly about Golden Week in Japan

There are many events in February in Japan. This page is to explain what Japanese do in February.

1.17 is very important event in Japan. In this page, I would like to explain briefly about 1.17 in Japan.
Sponsored Link
[Top 5] Japanese events in November / What Japanese do in November
[TOP 5] Shrimp dishes in Japan / How Japanese eat shrimps